If you wish to receive more information on the books on sale and on additional maps of the area, fill out the contact form at the bottom of the page.
Our staff will reply as soon as possible. Thank you 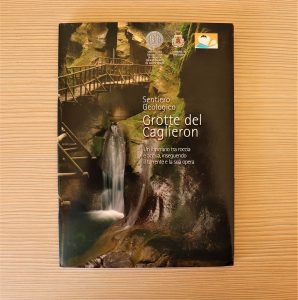 They chase the silence of the dark looking for emptiness. They dig the spaces to seek peace in a moment when, it seems, they have thought to stop. Then they fall into the race, inevitably, following a direction, from west to east and finally deviate to the south; they will end up in the plain, in the Carron stream. Meanwhile they dig, looking for the perfect place to hide a surreal world, between the light of day and the night of the caves. A rock universe to be created over millions of years due to river erosion, karst processes, calcite encrustations … This way, the waters of the Caglieron stream crossed the rocky gates of the Costa di Fregona, digging a gorge, a water gap, to slip in and create their own fantastic world, locked for a stretch by meters of travertine encrustations and recently extended by man’s excavation. They are the playroom of the waters before ending up on the plain. They are the “Grotte del Caglieron”. 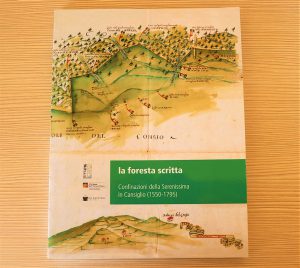 The current research was born from a teamwork that lasted for years, edited mainly by Pietro Fain, Mario Cosmo, Franco Dal Cin, Franco Bastianon, with individually indicated collaborations, both for field research and for the research activities in the archives.

“This is the anastatic reprint of the 2013 edition with only a few corrections not to the text but to the” bureaucratic “incipit due to various events that occurred meanwhile. The Pro Loco of Fregona, in accordance with the authors, has decided this initiative to satisfy the frequent requests about the book that are still coming seven years after its publication, decreeing a success higher than expected by the authors at the time. I hope this will contribute to new studies and to a more respectful and aware tourism in Cansiglio”

“On behalf of all the authors, I thank the Pro Loco of Fregona for this action. In the meantime, other terms have been discovered and the authors have deepened their research, therefore a new edition would probably be a quite different book, but for this we have time, in the meanwhile we suggest this faithful reproduction of the first edition to further spread the knowledge of the naturalistic and historical jewel that is the Cansiglio wood” 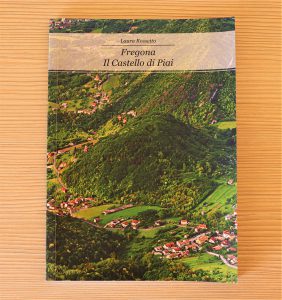 As if, actually, man could not preserve an equanimity, if time, that everything steals, wasn’t forced by the power of history to give back what he has stolen”
“ …, this publishing contributes to renew the historical and social memory of our community, to raise awareness, especially to the younger generations about that segment of history characterized by the presence of the powerful Da Camino family in Fregona and specifically the ruins that testify it…”

“…To facilitate the understanding of what remains on the site, we decided to create this book, entrusting the writing to an experienced hand…” 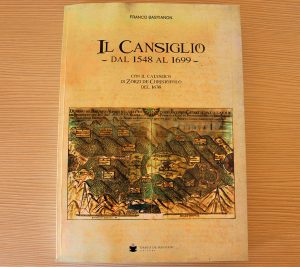 “Which (flat) is called the Cansiglio, here you can see a lawn similar to a theatre, two thousand in length on each side, so vague for the multitude of trees, that there is no certain equal inequality surrounding them, which seems to be been more quickly situated by art than produced by nature” 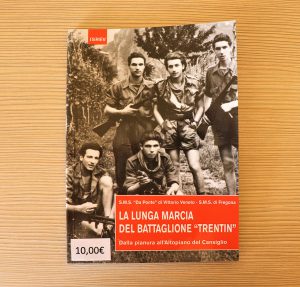 The “Trentin” was a group of about a hundred men, with a territorial character, established at that time at the behest of the “Vittorio Veneto” Brigade Group, with head office in Vittorio Veneto and employed by the local CLN. It had a supporting role compared to the partisan units, in the way that it provided information, provisions and also carried out those small actions that went beyond the work of mountain groups. A first company of ten men from the Battaglione, headed by commander Alessandro Cancian “Maine”, reached the checkpoint of Crosetta del Cansiglio on 30 August 1944 and made himself available to the Garibaldi formations. 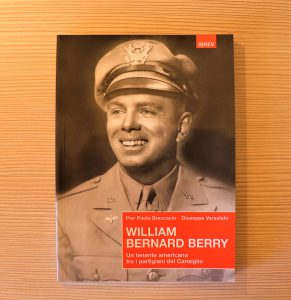 “I’m an American pilot” Berry said, pointing to the sky. Obviously, the only word the children understood was “American” and, screaming in fear, they ran away as if they had seen the devil. Sometime after they came back bringing with them a young man who “could have been about seventeen years old”, writes Berry. The same evening the young man guided the pilot to meet the partisans of the “Stella” Brigade, who introduced him to the English Captain Jhon Orr-Ewing (call sign “Dardo”) of mission N° 1 of the Special Operation Executive “SOE”, also known as “Freccia” Mission. 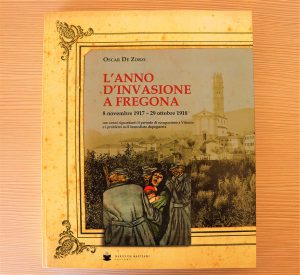 “The text relates the vicissitudes that involved Fregona a hundred years ago, humiliated by the enemy occupation, through archival and bibliographic evidence collected over several years and reordered with historiographical criteria, passion and abundance of details by the author.” 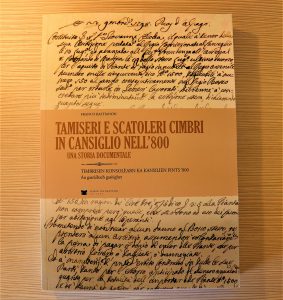 …”Tamiseri and Scatoleri” is clearly indicative of a different research as it examines, through the documents, the relations connected to the handicraft activity, because they were not woodmen, but real small family-run companies. Each member of the family had…” 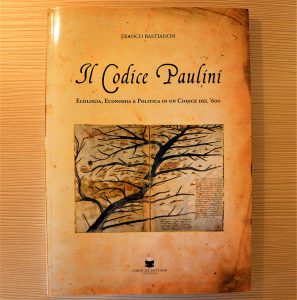 “… The first part of the Code, or rather, a large part of the Code itself, 18 of the 23 double tables, and the 10 drawings on single tables, is therefore related to the mountains and rivers management, and there is no doubt that this is the initial and main topic of the Paulini initiative … ” 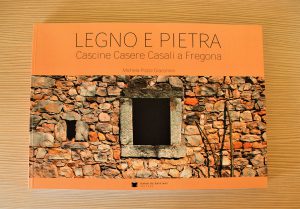 If “words are stones”, may the opposite also be true? Can stones be translated into words and tell us lives and traditions as if they were tombstones, totems, epitaphs, or historical graffiti? The language of stones is not, or at least not only, an ethnographic, cultural and architectural fact. It is primarily a message of the heart, which invests the depth of emotions and shakes arcane harmonies and ancestral shadows of memory. The stones exude labours, wars, projects and their now collapsed piles commemorate the ineffable human adventure. And so, right through these stones, are born the agricultural buildings that adorn our territory and to which this book wants to be a humble homage. 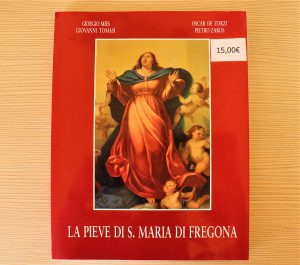 “This book, for which I’m writing a few lines of presentation, is about the past and, somewhat it also approaches the present, and we really care. It is a slice of history. Cicerone already said that history is the master of life. Even if sometimes it teaches us that many individuals, unfortunately, didn’t want to learn from it.”

Nilo Foldon, director of the Diocesan Archives of Vittorio Veneto 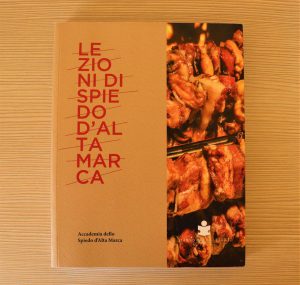 The Accademia dello Spiedo d’Alta Marca intends to summarize in this book, dedicated to the Spiedo d’Alta Marca with its ingredients, side dishes and the various cooking technical components, the considerable studies, testimony, researches generated over the years. In addition to most of the material used during the several “courses for menarosti”, organized annually by the Academy itself. 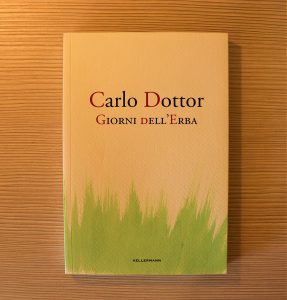 A lot of individuals were running away from the countryside to go and live in the town, where it seemed to flourish better luck. We had to leave suddenly the house in the city and go in the countryside, in the world of grass. Those were days of surprises, freedom and entertainment, in the diversity of the countryside right before that everything changed with the coming of “modernity”. At the age of nine, however, you don’t know what this is, because you can’t compare with the past and you see things as they appear in their directness. So, I wanted to tell them, with the gaze of when I experienced them, without the filter of afterwards that leads to longing, a bitter herb that would grow rich where there were meadows. 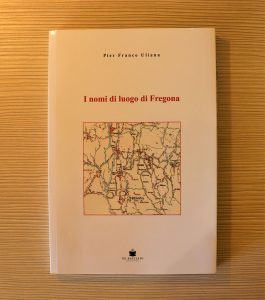 “In this research are investigated the toponyms of Fregona, a municipality that provides widespread marginal areas that haven’t undergone any disruption or any significant settlement change, except for the areas near the villages and for the quarries of Pizzoc, Jere and Ciser which has violated the cliffs of great landscape value, leaving you … ”

“Recurrent are the earth and the human activity who respects it, the union with nature, respect and the reciprocity that unites them. As well as is our dialect which characterizes the vast majority of these place names which sometimes, with just the sound, sends us and makes us understand the value of this connection” 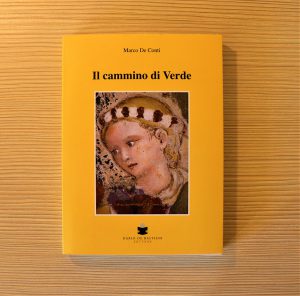 The novel is about the life of Rizzardo VI, the last of the Da Camino di Sopra family with whom the dynasty became extinct, and of his beloved wife Verde della Scala. We are at the beginning of the fourteenth century. Thanks to a meticulous work, almost maniacal, of historical research based on the consulting of original documents and sources, the author has the great merit of having illuminated an important period in the local history of the Middle Ages. 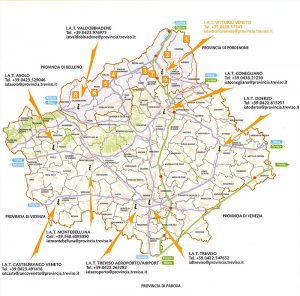 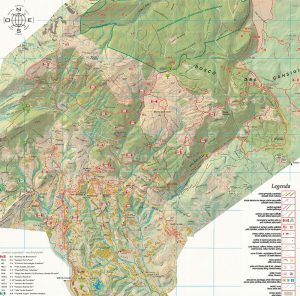 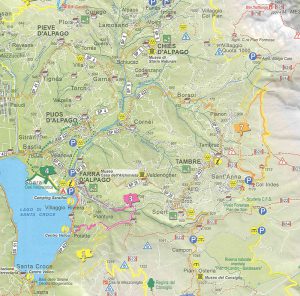 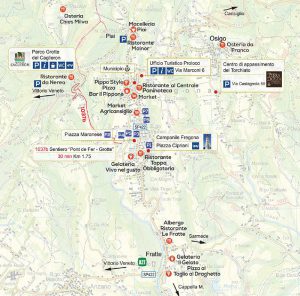