The Cansiglio, a plateau of Carniche Prealps placed between the provinces of Treviso, Belluno and Pordenone, stands with its outer slopes above the south and east of the Veneto and Friuli plain, while to the north it is bounded by the region of Alpago and to the northeast by the mountain group of the Cavallo; finally, at the west, the Val Lapisina separates it from the Col Visentin.

From the characteristic shape of a basin, is constituted in its central part by three depressions: Pian Cansiglio, Valmenera e Cornesega, where it reaches the lowest altitude (898 m).
The surrounding reliefs have an altitude around 1300 m, except at west and south-west, in the correspondence of Monte Millifret (1577 m) and Monte Pizzoc (1565 m); to the east the Monte Croseraz reaches the 1694 m.
The main valley furrows, from which you access the basin, are those of Campon (1050 m) to the north and that of Crosetta (1118 m) to the south. 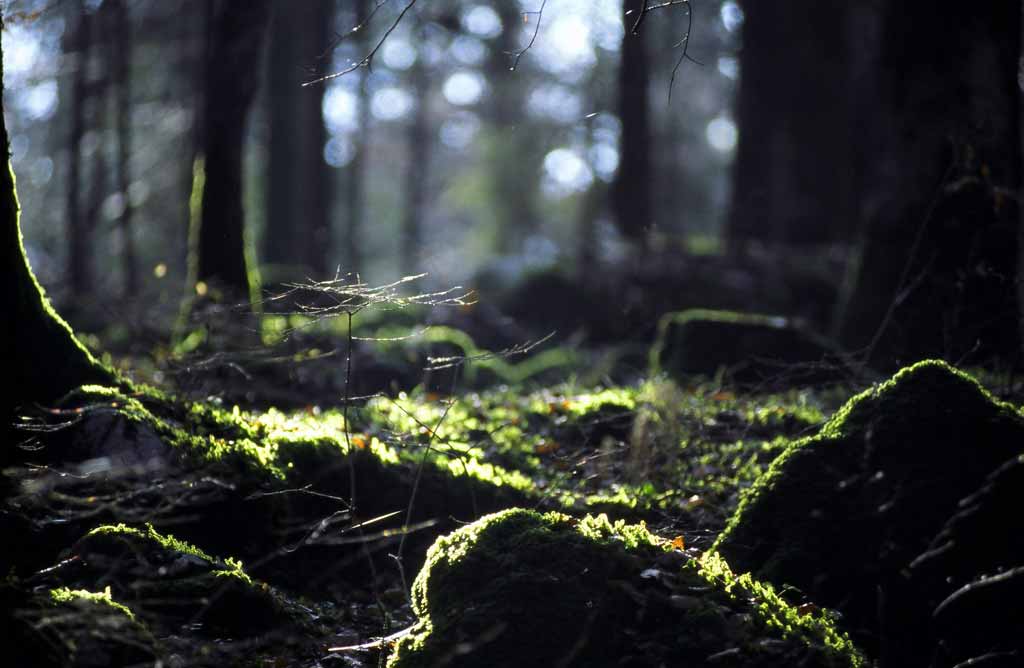 The climate is cold temperate with cool summers. The cold air that descends from the internal sides stagnates in the basin giving origin to the characteristic phenomenon of thermal inversion: the temperature decreases proceeding from the surrounding reliefs at the bottom of the central areas. The extremes of the temperatures are included, although in exceptional condition, between 30° and -30° C.

Although the average annual rainfall is about 1800 mm, do not exists permanent water courses because of the Karst nature of the territory. The atmospheric humidity assumes high values almost the whole year and often the basin is filled by a thick fog whose formation is due to the strong thermal excursion. 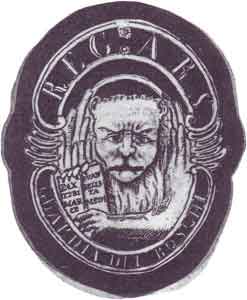 The first written testimony in which Bosco d’Alpago is mentioned (as it was then called the Cansiglio forest) is a Diploma of the 923 century of Berengario I, crowned King of Italy with the aid of the ecclesiastical authority, by which the sovereign had donated the forest to the fief of the Bishop Count of Belluno.
In the following centuries numerous were the concessions of law of pasture to institutions and privates, but the pressure of human activities on the forest grew when, in the municipal age, the Cansiglio became the property of the Community of Belluno.

The fate of the forest will improve only starting from the first years of the XV century, when also the Bellunese territory asked for protection to the Republic of Venice.
The Cansiglio has assumed an enormous economic importance for the Venetian State: its forest rich of beech wood was used primarily in the production of the oars, timber from work and coal.
The governments of France and Austria followed, alternating with the Serenissima, but carried out a non attentive management, offering opportunities for revenge on forestry heritage to the contiguous populations until, after the birth of the Kingdom of Italy in 1871, the Italian Government declared the Cansiglio an Inalienable State Forest.

The recent history of the plateau is marked by the tragic happenings related to the second world war: in Cansiglio settled the headquarters of volunteers coming from adjacent areas that, with varying fortunes, joined the partisan struggle.

The visitor who arrives for the first time in Cansiglio is struck by the beauty of its forest, strongly characterized by the presence of beech trees (Fagus sylvatica), often very tall and with columnar trunks. Under the fronds, in the undergrowth, there grow species that tolerate the shade: the ferns, the wood anemone (Anemone nemorosa), the green hellebore (Helleborus viridis), the acetosella (Oxalis acetosella). The beech forest varies in beautiful colors with the changing of the seasons and suffers, as all the vegetation of the basin, of thermal inversion: consequently we find it distributed predominantly on the hills that surround the plateau, where the climatic conditions are more mild; at lower altitude beech joins to the silver fir (Abies alba) and spruce (Picea excelsa), forming a mixed forest that in March is permeated by the intense perfume of the stick flower (Daphne mezereum), small shrub from vivaciously colored flowers. 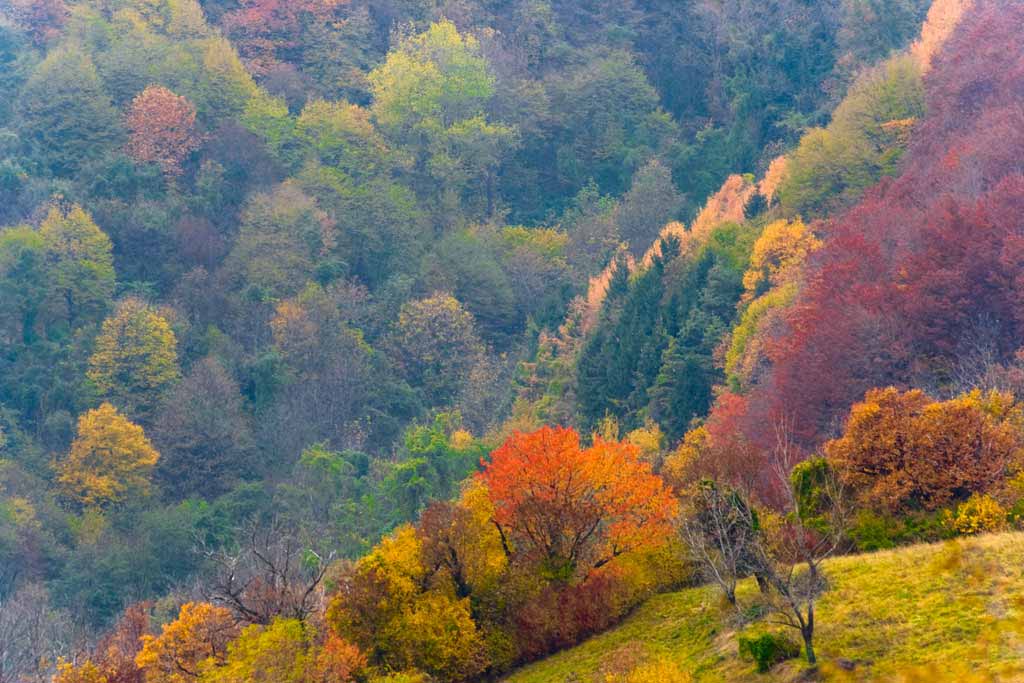 Lowermost, in proximity of the central recesses, there are instead pure woods of spruce in large part of artificial origin, in which the vegetation of the underbrush appears more poor. Finally on the bottom of the basin, where it is colder, extends a zone with herbaceous vegetation of natural origin which in time man has deeply changed for zootechnical purposes, not only broadening it to damage of the forest, but also doing a strong selection on the vegetable species. These wide open spaces are punctuated by variegated colors of seasonal blooming: suggestive those in springtime of the gentians (Gentiana verna, GentianaClusii) and crocuses (Crocusalbiflorus). 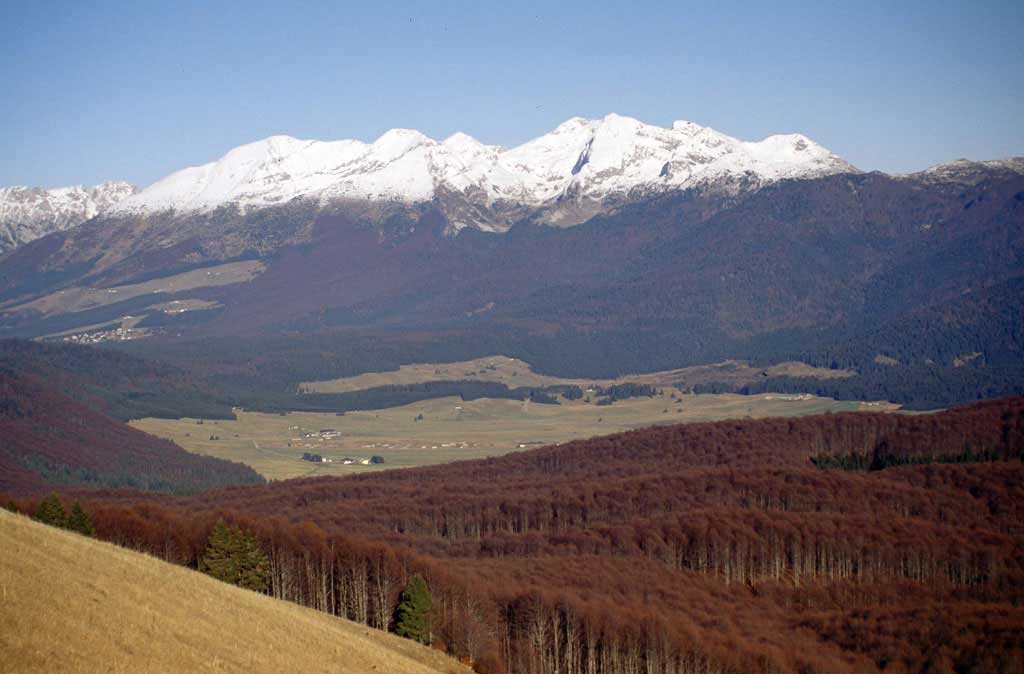 The floristic heritage of Cansiglio (inside and outside the basin), together with that of the mountain group Cavallo-Col Nudo, is such as to have aroused deep interest in botanists since the first half of the Eighteenth Century. The group Cansiglio-Cavallo in fact during glaciations remained empty from the thick layer of ice, offering himself as a refuge to flora and favoring the survival of endemic species like the silvery Geranium (Geraniumargenteum). Of notable interest are the humid environments (ponds, bogs) that for their fragility and scientific importance are protected by the law.

The Cansiglio, area from which hunting is banned long since, offers shelter to many animal species. The mammals more easy to observe, especially at dusk, are the roe deer (Capreoluscapreolus) and the deer (Cervuselaphus), present in the forest in good number. These herbivores, together with the fallow deer (dama dama) introduced in the past by man, are in continuous expansion for the lack of natural predators, although in recent years have been reported the presence of the lynx (Felislynx) and the occasional incursions into the forest from the brown bear (Ursus arctos).

They live here many mustelidae, animals from habits crepuscular and nocturnal, as the marten and the stone marten (Martesmartes, M. foina), the badger (Melesmeles) and the weasel (Mustela nivalis), the smallest carnivorous existing on the entire national territory. The sole representative of canidae is the fox (Vulpesvulpes): mammal with eating habits very versatile, you may encounter on his return from the night hunt to the lair, hidden often at dolines and small little well; between the leporidae, instead, it is possible to see the common hare and occasionally the variable hare (Lepuseuropaeus, L. timidus). 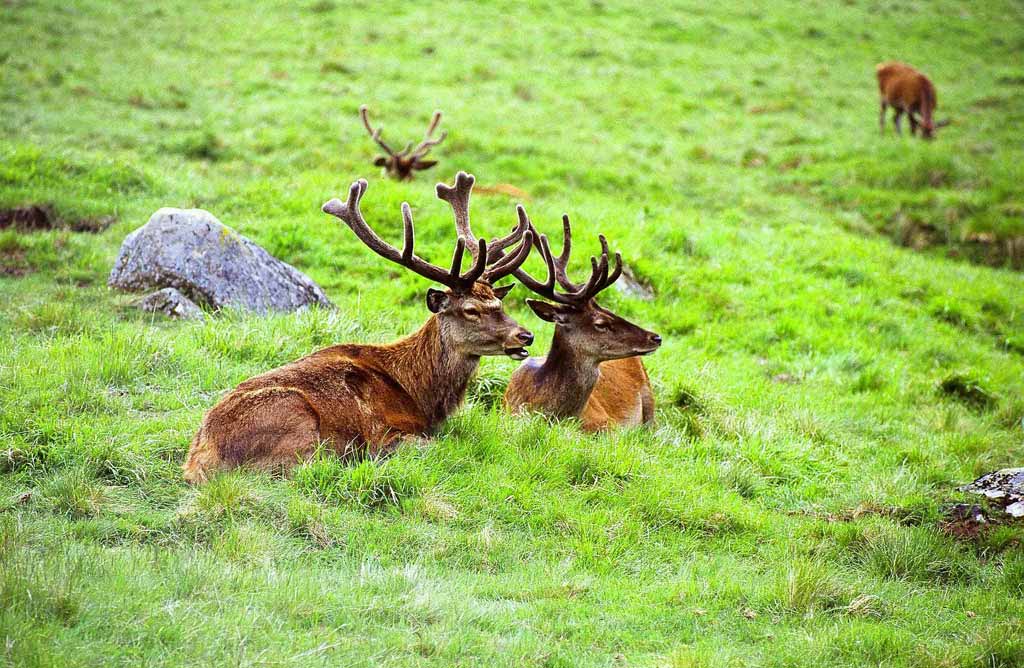 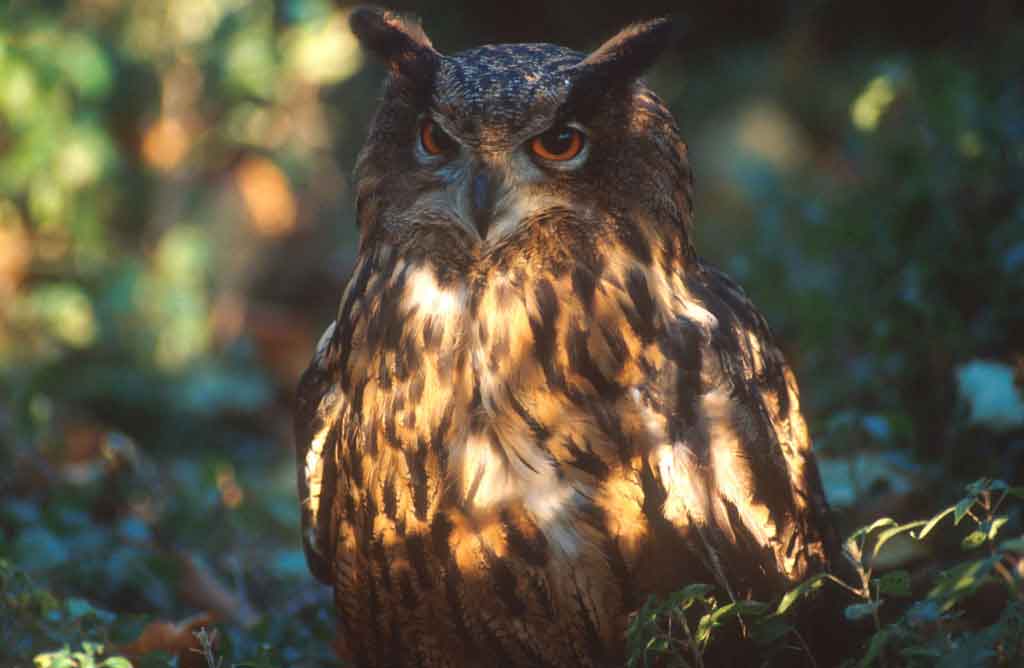 Between rodents are frequent the agile squirrel (Sciurusvulgaris), the dormouse (Glisglis) and numerous voles and wild mouse, while among the insectivorous we find the hedgehog (Erinaceuseuropaeus), the mole (Talpa europaea) and the less known shrews. Many of this micro mammals provide food in abundance to diurnal and nocturnal birds of prey: among the first the most common are the buzzard, the kestrel, the goshawk and the sparrow-hawk, while only occasionally you may observe specimens of golden eagle (Aquila chrysaetos); between the nightly we find the tawny owl, the pygmy owl, the boreal owl and the sporadic eagle owl.