Fregona, about 2800 inhabitants, is located on the southern slope of Mount Pizzoc (1565 m) 7 km from Vittorio Veneto along the provincial road 422 that leads to the Cansiglio Forest, it is a welcoming town that has always been known for its climate: temperate in winter due to the protective presence of the mountain and cool in summer due to the constant change of air in the valleys that open towards the Venetian plain.

The territory of the municipality, which extends over an area of 42.85 square kilometres, includes a mountainous ridge to the north, an extreme branch of the Carnic Prealps, and a hilly part to the south characterized by the presence of straight and parallel bumps of relatively hard rock, alternating with softer rock, easily eroded by the numerous torrential streams that flow into the Meschio and then end up in the Livenza river. 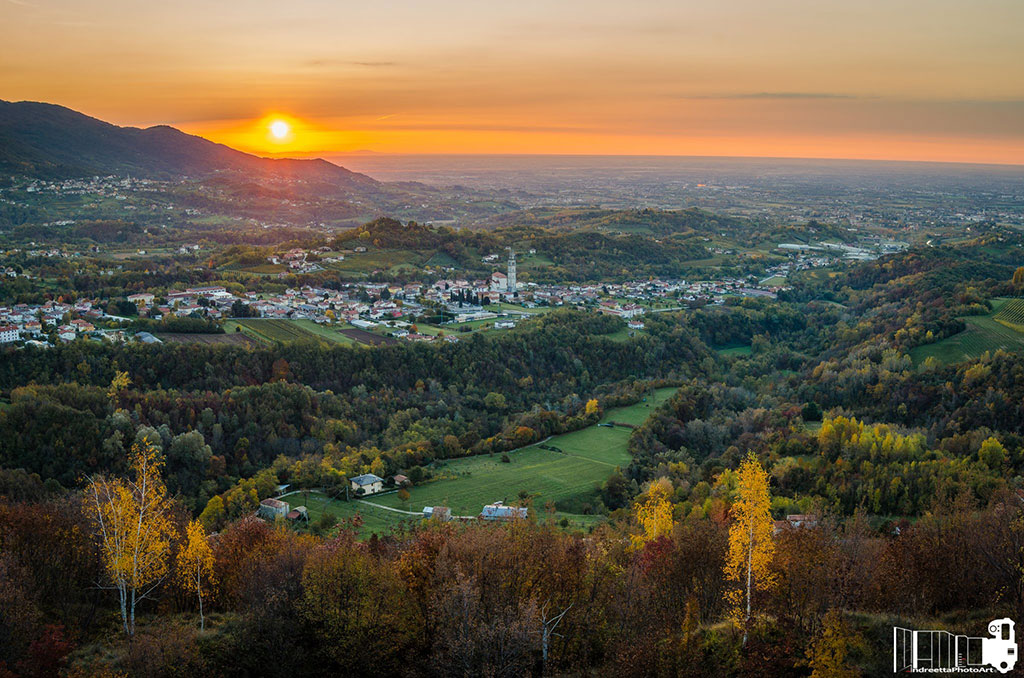 The existence of particularly favourable conditions for the settlements, such as the sunny position, the ease of water supplies and, last but not least, the possibility of defence from any external dangers, allows us to confidently affirm that Fregona was still inhabited in Roman times, as in fact confirmed by the discovery of three axes with small wings, referable to the Iron Age.

The Roman presence, in addition to the numerous toponyms of Latin derivation, is testified by the coins of the emperors Tiberius and Maximin the Thrace; the latter was found at the foot of the tower of Nastego in the village of Fratte, also reported in the maps as the tower of Matrucco. According to the most accredited hypothesis, even the name Fregona derives from the Latin word “frigus”, cold, and in particular from the expression “frigonia tellus”, that is land of the Friga which, with the Carron, is its most important stream.

In the feudal age, Fregona belonged first to the Bishop-Count of Belluno, then to the Lordship of the Caminesi of Lombard lineage, who had their own castle in the village of Piai. From the castle nothing left but remains a heap of ruins, from where a precious safe was unearthed in 1500, reinforced by iron sheets, which is now kept in the archpriest. 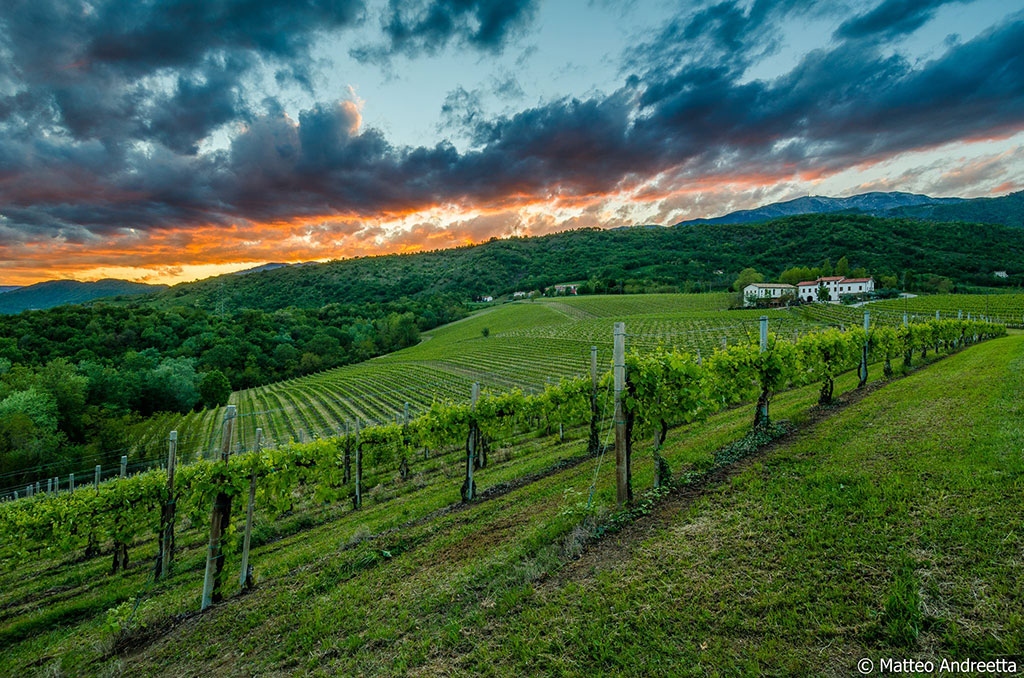 In 1337, two years after the death of the last “Da Camino” from Ceneda, Rizzardo VI, it was ceded to Venice which came into its definitive possession in 1422. In 1509 an important military event for the history of Fregona took place; in fact, on the night of 20 July, a group of men recruited by Francesco Forte on behalf of the Republic of Venice proved to be decisive for the recovery of the city of Serravalle, previously occupied by 800 soldiers of Emperor Maximilian of Habsburg.

As a sign of gratitude, the Serenissima headquarters sent its own “ducale”, still kept in the municipal seat, with which the Fregonese population were benefited from particular privileges, such as the exemption “from contributions of taxes, soldiers and other duties”, privileges enjoyed until the fall of the republic in 1797.
The episode was painted by Pierantoni Chiaradia in 1988 on canvas, now kept in the council room. The emblem of the town also remembers this, in fact it represents two crossed silver swords with gold hilts behind a red castle with Guelph battlements and a high central tower, an evident reference to the castle of Piai.

Fregona also stood out in the context of the First World War; during the “invasion year” the heroine Maria Tomasin in De Luca hid the Lieutenant Camillo De Carlo in her own home and helped him, together with the teacher Attilio De Conti, the parish priest Monsignor Toya and the doctor Francesco De Poi, to flee carrying important documents that were decisive for the battle of Vittorio Veneto.

The town was also the scene of the Second World War, of fierce fighting and valuable actions carried out during the period of resistance, especially in the Cansiglio area.